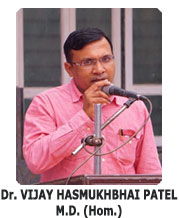 Most of the traditional systems of India including Ayurveda have their roots in folk medicine. However what distinguishes Ayurveda from other systems is that it has a well-defined conceptual framework that is consistent throughout the ages. In conceptual base, it was perhaps highly evolved and far ahead of its time. It was among the first medical systems to advocate an integrated approach towards matters of health and disease. Another important distinguishing feature of Ayurveda is that unlike other medical systems, which developed their conceptual framework based on the results obtained with the use of drugs and therapy, it first provided philosophical framework that determined the therapeutic practice with good effects. Its philosophical base is partly derived from ‘Samkhya’ and ‘Nyaya vaisheshika’ streams of Indian philosophy. This enabled it to evolve into rational system of medicine quite early in its evolution and to get detached from religious influence. It laid great emphasis on the value of evidence of senses and human reasoning

Prerna charitable trust in it’s endeavor  to provide  good  health for all and promotion of Alternative medicines among common people especially in rural area started this Smt. Damyantiben Patel Ayurved Hospital & Jay Jalaram Ayurvedic Medical college. By running Ayurved Hospital in Rural area people of rural area of panchamahal district will get quality Ayurvedic treatment at their doorstep. Poor and needy students of rural area who are interested in  study of Ayurveda  will get good academic environment in  their nearby place. By running this Jay Jalaram Ayurvedic Medical college  Prerna Charitable Trust will try to give world best Ayurvedic treatment for patients as well as quality Education in the field of Ayurveda in rural area.